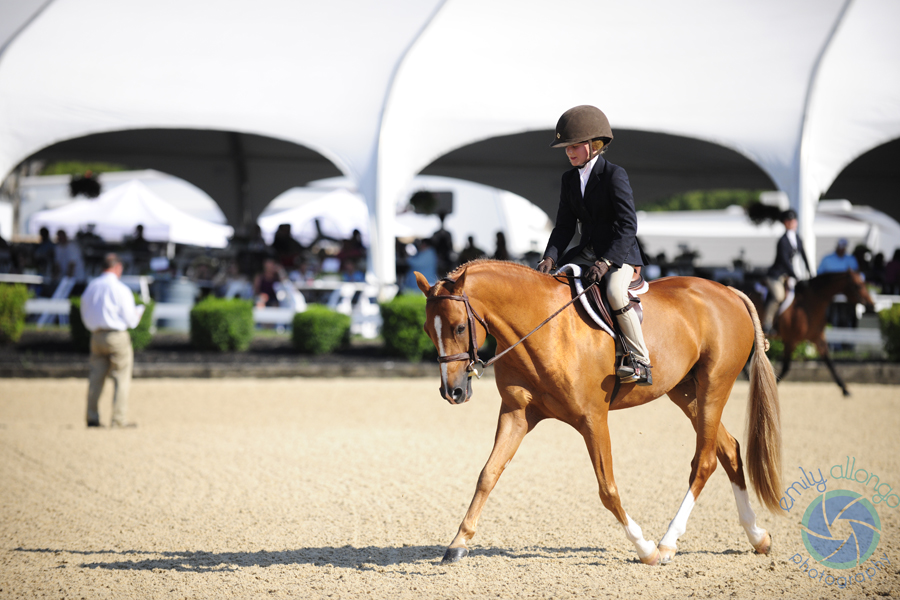 Ponies are very particular little creatures. When I was younger, and a bit smaller, I begged my mom for a pony. I mean, what little girl doesn’t?

Of course, she said, “no”, and when I asked, “why not”, she responded by telling me, “I don’t trust ponies”. This conversation led to me being the only little girl with pigtail braids and bows in short stirrup riding a 15 hand horse.

What I eventually came to understand was that, with a well-trained horse, it’s likely that even if everything doesn’t go according to plan, it won’t really phase or bother the horse too much. However, when it comes to ponies, especially if they’re younger ponies, they’re absolutely going to hold a grudge if something seems askew. Thus, the reason for this post! 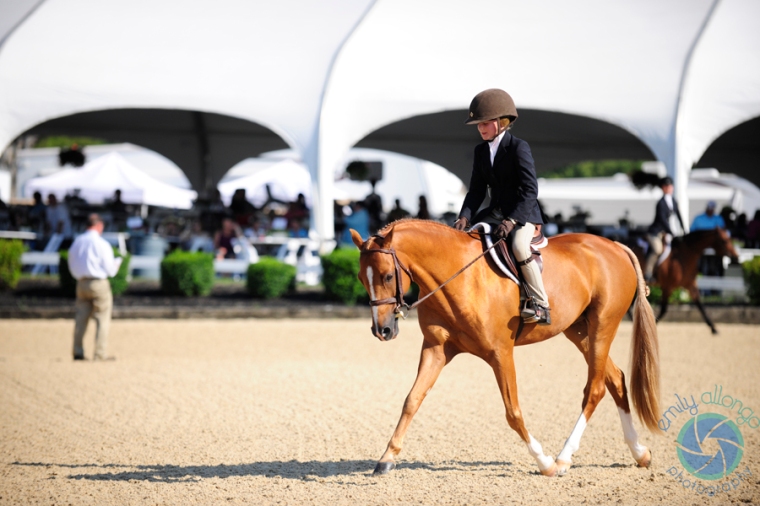 *Note: Image does not depict horse/rider in this case study*

It’s an overcast and rainy day. Sarah is riding her pony in the schooling ring to warm up for her classes. Her pony, Snickers, is a seven-year-old pony with only a few show miles on him. While he knows how to do everything, he isn’t giving Sarah the automatic lead changes after their warm-up fences. Instead, he is avoiding her corrections and running out of the ring on the wrong lead.

Sarah is doing a good job keeping Snickers straight to the fence but, on the landing, she is standing in her stirrups, leaning her body to the outside, and pulling the inside rein to get the lead change around the turn.

Remember when I said that ponies hold a grudge?

So what should Sarah be doing differently?

So let’s stop and consider this for a moment.

A pony (or horse’s) lead is determined by the order of the footfalls at the canter. For a flying lead change, we are asking our ponies to completely change the order of their footfalls in the air, which requires both strength and balance to do properly.

Sarah needs to sit in the saddle and make sure she is centered and balanced so that Snickers doesn’t have more weight on one side than the other thus throwing off his balance. Using her seat and leg, she needs to make sure that Snickers is straight and moving forward from his hind end.

In order to help him balance, Sarah needs to have a direct outside rein (meaning that she keeps a steady and even feel on the outside rein while keeping the rein close to the neck without crossing her hand over the neck) to keep Snickers from throwing his shoulder to the outside. At the same time, she needs to have a slight, give-and-take feel on her inside rein while applying pressure with her inside leg to get the new true-bend. Now, to ask for the lead change, all she needs to do is bring her outside leg slightly behind the girth and apply pressure. Keep in mind, this is the correct order of commands but it all should be done within seconds.

Once Snickers completes the flying change, Sarah needs to keep her leg on and canter away to make sure that no forward momentum was lost during the change. Since Snickers has been running out of the ring, it would be a good idea for Sarah to maintain a direct outside rein and sit in the saddle to keep Snickers bending around her new inside leg while controlling his outside shoulder so he doesn’t try to throw it out and drift out of the ring.

Key Takeaway: Always remember, when something is going wrong, ask yourself, “Am I doing what I need to be doing to help my pony?”

Hope this has helped or at least provided some interesting reading material! I look forward to reading your comments ♥